With the release of of Ariana Grande banger ‘7 rings’, many have noted how the track is influenced by the 1959 musical The Sound of Music (amongst others, but read here for that). Grande’s track uses the song ‘My Favourite Things’ to influence the first verse. And it’s not uncommon – many pop songs have sampled or taken influence from musical theatre songs. Here’s just a few of them:

The chorus in almost an exact replica of the Julie Andrews number, but puts a twist on it. Instead of the eponymous favourite things being every day delights (doorbells, apple strudel), the song focuses on the material. From diamonds to Gucci, Big Brovaz certainly has a fine taste. 8/10

Another song featuring Ariana Grande is the tune by French artist Mika. Popular Songs’ chorus is taken from the 2003 musical Wicked‘s well-known song Popular. It’s a good effort, but the song is a bit grating at times. 5/10

The Gwen Stefani hit is based upon the song If I Were a Rich Man from Broadway classic Fiddler on the Roof (which coincidentally is coming to the West End in March). Those signature ‘na na nas’ are a riff on Tevye’s ‘da da das’ (so fun to write) and tbh, Gwen’s version is the reason I knew the song in the first place. A top tune everyone should know 9/10

Another hit from Gwen, but this one is a bit weird. It combines The Lonely Goatherd from The Sound of Music with some more conventional pop – it feels like two different songs at times and it is a bit weird/operatic, but I love it. 6/10

The song by Dizzee Rascal featuring Lily Allen uses the tune and chorus (with a few word changes, of course) of ‘So You Wanna Be a Boxer’ from 70s musical film Bugsy Malone. Instead of wanting to be a boxer, Rascal instead wants to be a ‘hard man’. This is a catchy tune 7/10

Jay-Z’s offering is a re-worked edition of ‘Hard Knock Life’ from Annie, turning the song into a Ghetto Anthem. The song was also nominated for a Grammy Award. 8/10

A tenuous link but blackbear’s song uses the simple Do Re Mi that can be heard in The Sound of Music. It’s a sweet song though. 6/10

Childish Gambino uses the cast recording of song ‘So Much Better’ from Legally Blonde the Musical to remix a song (I think it’s remix, I’m not really good with music terminology). The song, sang by Laura Bell Bundy, is played under Gambino’s rapping and sounds a bit clangy/much at first, but after a couple of listens you get used to it and can appreciate what he’s trying to do. 6/10

Nor quite as close to musical theatre as the other songs in this list, but the song references an iconic line from RENT: “525,600 minutes” (except minutes are swapped for women, ofc).4/10

If you want to know more songs which riff of of My Favourite Things, or a discussion about Grande appropriating in her song, check out this episode of the podcast Switched On Pop. https://open.spotify.com/episode/4stTo4109q8pP16eLj5YHk?si=ccf3TNbsSOSd0tYnJl_Myw 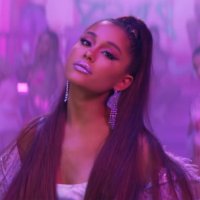 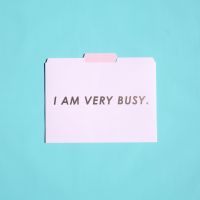