Whilst on the busy rush hour tube to the Bush Theatre, a little girl was sat next to me. She couldn’t have been more than four. She climbed over the seats, bumping into me a couple of times, and poking my shoulder. I wasn’t annoyed and I didn’t think much of it. Just part and parcel of the journey.

I settled down to watch The B*easts (which can be read as ‘beasts’, or ‘breasts’, which I think is insanely clever), an hour-long solo piece both written and performed by Monica Dolan and directed by John Hoggarth. Following a hit run at the Edinburgh Fringe, the play has come to London, and discusses the idea of the sexualisation of children and the lengths a mother may go to to give her child what they want. It’s a simple set-up: Dolan is sat in an armchair, a simple coffee table on her right, and her bag to her left. She is lit by a lamp. It’s cosy, but also a little clinical. Dolan rarely moves from her seat, and it feels like a disguised interview.

Dolan portrays Tessa, a person who – in her words – ‘helps people fit back in to society’, particularly working with women who been through a sexual assault or trauma of some kind. She begins, candidly, to tell us a story of a case she’s working on: a mother who bought her eight-year-old daughter breast enhancements.

Dolan’s style is so utterly engaging – she pulls you in and keeps you entranced with her words. You can hear the audible murmurs and gasps throughout the room as she speaks. At these moments it doesn’t feel like you’re watching a piece of theatre. It feels like a conversation with a friend; a confidential chat. She occassionally breaks out of her professional manner to frustratedly tell us what her opinion is, as well as give us some excellent moments of incidental comedy through her colloquial expressions and tone.

Though based around one story, the themes are much wider. Dolan begs us to think about our own pre-judgements as she describes what the girl’s mother looks like (‘tanned, high heels…’), as well as how we receive and regurgitate news online, with the visceral metaphor of the media being like a fly, vomiting on itself before swallowing and bringing it back up again – an unhealthy circle.

Whilst there’s the main conversation about the child and her Breasts, underneath there’s another current, which is staged through phone calls which interrupt Tessa’s story. A phone call from her daughter, her husband. We don’t hear the other end of the conversation, but from Tessa’s end we can glean she has her own story about her Breasts, a potentially much more relatable one. A choice to not reconstruct, a choice that coincides in the script with her talking of the child’s Breasts being a supposed ’cause’ for all the trouble. Two storylines concerning a woman’s Breasts and what Beasts they are. They are sexualised, talked about, expressed as objects – but they’re also medical beasts which can cause pain.

The B*easts is a show which will have you captivated from the start with its simple, artful storytelling. It pulls you in and then packs a final blow when you least expect it, and feels like it ends all too soon -I could have listened to Dolan for hours.

I thought about the little girl from the tube on my way home, sitting in an almost-empty carriage. I thought about how her life may be as she grows, with the increased access to  the opinions of others who will see her Breasts in ways other than a Body. And I hope, I pray, that she won’t have to endure what has already been endured by so many, particularly the young girl Tessa tells us of. 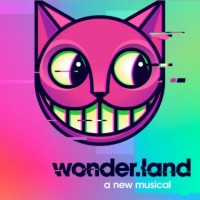