After having sipped a glass of a ‘Who Stole All the Tarts’ cocktail courtesy of Smith & Sinclair (you can read my bar review here), and made my way outside into the cold with my fellow Underground explorers, I find myself in a dimly-lit Victorian room, full of curiosities and detail to boot. There’s stacks of books, a typewriter, piano, and several looking glasses spaced around the room. For someone like me, who loves curation within performance, this is a dream to behold. There is around fifty of us and we are left to our own devices, exploring the room and its many objects.

Suddenly, things begin to move, an Alice-figure appears in the mirror, and out of nowhere a doorway appears. We begin our journey to Wonderland, and from here on in, you will feel all sorts of disorientation, wonderment, and surprise as you make your way through the corridors and rooms of the Vaults in Waterloo.

It’s the exquisite attention to detail which is what makes Alice Underground such an extraordinary piece. Designer Samuel Wyer has ensured that each room created has its own visual spectacle and atmosphere around it which I just can’t stop looking at. We make our way through a furry corridor to the Cheshire Cat’s tree one moment, and the next we’re in a cold kitchen store cupboard filled with what seems like hundred of pots of jam. The costuming also fits with the dark, quirky atmosphere at the piece: you know exactly who each character is despite them not looking like Teniel’s original illustrations, which is refreshing. There’s no orange wig for this Hatter, or large blue dress for Alice.

Immersive theatre can be tricky, especially with a group of adults who perhaps aren’t used to this form, but this show does it well. There is so much to explore and each room is completely different that you never get bored, and you wait with bated breath as you walk into each room, wondering which favourite childhood character you’ll see brought to life next. Will they be performing Trapeze acts as the Tweedle Twins do? Or maybe some excellent puppetry to create the animal characters. There’s also a touch of magical illusion thrown into the mix, though I shan’t say where for fear of spoiling the surprises.

My only worry when entering the show was how MANY of us there were – there must have been around fifty of us, and I was worried that this would dampen my experience and make it hard for me to feel involved as each room got smaller and smaller. However, the production splits you into groups; firstly based on whether you decide to ‘eat’ and follow the rabbit, or ‘drink’ and go in the opposite direction. Myself and my friend Conor both decided to drink – we thought we’d be safe and be able to stick together: we were wrong.
From here on we were given playing cards and assigned a suit: I was a Spade and he a Club, so we were separated for a time before reuniting, asking each other what we’d seen and had to do. I assumed we were just split up for logistical purposes, but it turned out that each of the four groups had a very different story told to them and this was revealed in the final scene taking place in the Queen of Hearts’ court room. This ensures that every audience member has a different experience, so the possibilities are endless – it’s definitely one of the reasons I want to come back –  I want to see the characters I couldn’t and explore more of Wonderland.

This production takes everything about Wonderland and turns it on it’s head. Instead of following Alice’s story exactly, it builds it’s own exciting narrative which leaves you curious, entertained, and definitely wanting more.

Alice’s Adventures Underground runs at the Vaults in Waterloo until September. I was kindly invited to this press event by Raw PR but all opinions are my own. 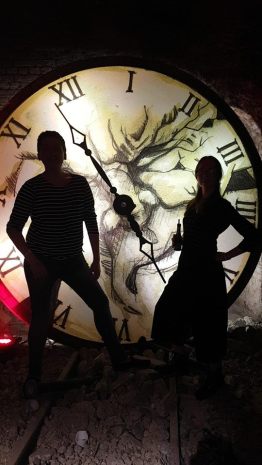 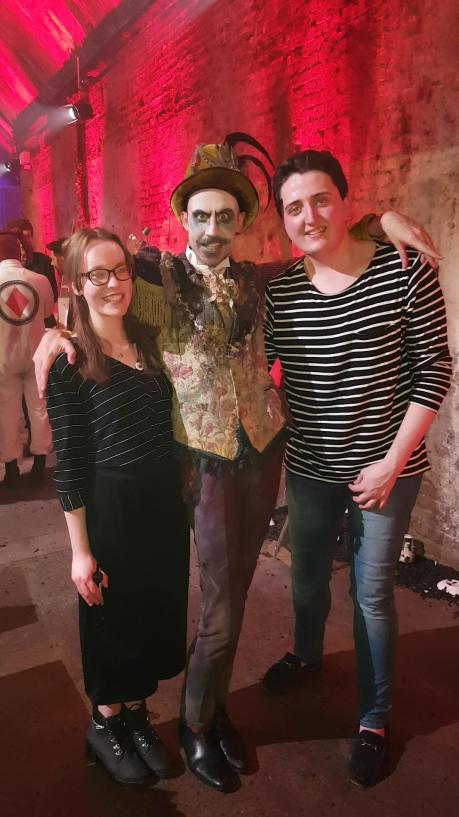 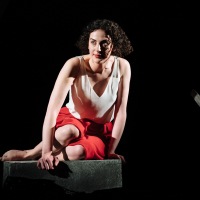 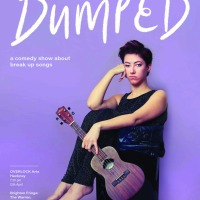 would like the confidence of a casa amore girl walking into the villa stating that boys' heads will deffo turn for her but they don't and she gets dumped straight away with 2 minutes of air time
hopefully back blogging each week - this week I've written a small thing about how my current obsession with 'being organised' has actually lead to further procrastination. Link in bio 📝 - - #blogpost #aesthetic #organisation #procrastination #mariekondo #blogger #ukblogger #grlpower #discoverunder1k
Went to Bristol yesterday to see Romantics Anonymous @bristololdvic1766 which was simply gorgeous 🥰 so were these lanterns 🏮 - - #bristol #romanticsanonymous #staycation #regionaltheatre #discoverunder1k
Wasn't a fan of my "top nine" so made my own personal one with the limited photos that I had! Getting the job at WhatsOnStage was obviously a highlight, 18yo me would be screaming at myself! Did some more travelling - some solo - and visited Sicily, Kent and Dublin. Took my sister to see Kinky Boots, saw Fleabag, started reading again and began a lil #bookstagram page, and of course had loads of fabulous times with friends 🥳 2020 is gonna be dead exciting: New York, Queen, more travelling and more writing! #GetBetterNotBitter 🥂
Shout out to all the wonderful independent shops and creators who I've bought gifts from this year- it's so important to support independent brands, and it's also great to give a loved one something original, like this Freddie Mercury card I got my brother to tell him I got his tickets to see Queen+ next year! 🎁 - - #christmas #etsy #independentartist #etsyshop #shopsmall #freddiemercury #personalised #original #discoverunder1k #christmastree #supportsmallbusiness #etsyseller #etsylove #lizharrydesign #freckleandspecs
I went to #FriendsFest - could it BE any more chaotic and disappointing? ☕ - - #friends #friendstv #centralperk #orangesofa #london #thingstodoinlondon #friendsfestive #blogger #bloggersofinstagram
Little Christmas tree snap from @sadlers_wells because I don't have one of my own! 🎄 Was lovely to be at the gala night of Matthew Bourne's The Red Shoes 👠 A beautiful ballet with gorgeous costumes and set, a short run time and and easy-to-follow plot with comedic moments makes it the perfect introduction to watching dance shows! 🎁 Thanks to @rawprtheatre for the tickets! - - #theredshoes #matthewbourne #newadventures #sadlerswells #christmas #ballet #galanight #ldntheatrebloggers #londontheatre #londonculture #igtheatre #london #tonightsbill #instatheatre #festive #christmastree #gifted
✨ Sparkle and Shine ✨ Spent last night at the opening night of Nativity! doing some red carpet coverage and seeing the likes of Michelle Visage and Sinitta up close. Not bad, hey! 🎄 - - #nativity #nativityuk #nativitymusical #danidyer #dannydyer #sharonosbourne #rylan #musical #eventimapollo #sparkleandshine #christmas #ukblogger #ldntheatrebloggers #musicaltheatre #tonightsbill
What a dream working at the WhatsOnStage Awards launch with the best team - bring on March! 🥂 #WOSAwards
×
%d bloggers like this: