Back in March, I interviewed the six writers/directors who were putting on plays for the Queen Mary Theatre Company’s New Writers’ Festival. It was great to talk to everyone about their different writing styles, ideas, and rehearsal processes. Below are the links to each interview, which were published on CUB’s website.

“I don’t want it rehearsed to the point it’s exactly the same. Because the script changes so much from blazing argument to softer dialogue I want it to be instinctive. There’s a bit right at the end of the play which is really emotional and every time we run it I get teary. I just worry I get emotional because I’ve written it, so I hope it translates!”

YOU DIDN’T HAVE TO – Interview with Sebastião Marques Lopes

“My process is very exhaustive and repetitive as we do things over and over again. I never want the actor to not know what they’re doing on stage- that’s a very scary thing. You need to be solid enough and know what you’re doing so that when the show comes around you can have those moments of unconscious inspiration. I always want input from the actors to make it better because we are doing it together and I want everyone to be having fun.”

“I studied A-Level History where we looked at propaganda and Soviet Russia. Stalin has a love of films, for instance, he loved Tarzan. Stalin hated John Wayne because Wayne attacked Stalin in speeches, and it’s famously reported Stalin drunkenly shouted “I want John Wayne dead” so there were actually assassins sent out to kill Wayne. It took fifteen years for that order to be taken back. I read that and I thought: ‘there’s got to be a play in that’. “

““I was inspired by political theatre in general. It’s not so much narrative but the function of the play is the concept and the message.” The play Land of Three Towers, which Holly saw towards the beginning of this academic year, was also an inspiration. “It was conversations people had with others about a specific event – their estate being shut down – which I liked as it felt honest and the language wasn’t overcomplicated. I’ve obviously tried to stay away from copying it, though.” ”

“S: I very much believe in the death-of-the-author thing. In rehearsals I’ve been looking at physical theatre. I’ve let Jack work on monologues and character development.
J: My place has been more of a dramaturg. If things have been too stale or if we need it to be more stylised I chip in there, as well as talking about music and costumes.
S: I enable and drive the cast crazy making sure there are always giving 10/10. Jack has been holding everyone’s leash.” 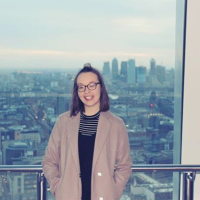 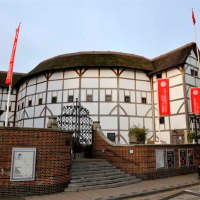