Over on Spotify I’ve been making mini-playlists based around musical theatre, and one of them is called ‘Love in Musical Theatre’ – a little homage to some of my favourite songs based on love in musicals. Below, I go into detail as to why I’ve picked some of them. Perfect for Valentines week, or just when you’re feeling a bit slushy!

‘Matchmaker’ from Fiddler on the Roof is a pretty ditty from one of the classic musicals, and begins the playlist well, as it sums up how most single feel about dating – just ‘make me a match’ already! Following this is the classic ‘Summer Nights’ from Grease which I think is a hilarious look at how each gender interprets a date.

Next is ‘Changing my Major’ from Fun Home, a musical I am only just beginning to listen to – and love. It’s great to have a song about a same sex relationship, and Emily Skeggs’ voice is so adorable. The song perfectly details infatuation and that ‘love at first sight’ feeling in a modern way. ‘Rosemary’ from How to Succeed in Business Without Really Trying also follows the same vein, and it’s just worth a listen if you want to hear Daniel Radcliffe sing. Next up from one of my current favourite musicals is the titular song to ‘Half A Sixpence’, which is just a gorgeous duet between Arthur and Ann. ‘Mix Tape’ from Avenue Q and ‘I’m Not Saying A Word’ from Blood Brothers follow, and are just lovely little songs which remind me of first crushes and being a teenager.

Following are the songs which are a bit more lusty – including ‘Shisksa Goddess’ from The Last Five Years and ‘As Long as You’re Mine’ from Wicked. Rocky Horror’s ‘Dammit Janet’ is next on the list as a cute little proposal song with a catchy tune and some pretty good rhymes, coupled with Emily Blunt and James Corden singing ‘It Takes Two’ from Into the Woods.

The final two songs in the playlist are sweet jolly ones.‘Without Love’ from the 2007 film adaptation of Hairspray has to be there, of course, followed by the  charming ‘I’ll Cover You’ from RENT, which is currently touring the UK.

What are your favourite musical theatre Valentines songs? Let me know in the comments below or tweet me! 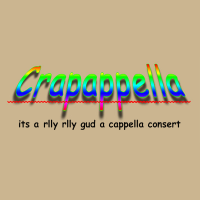 Didn't take many photos last night as it was hectic but managed to get a few cheeky outfit shots in the hotel room 😂 The #WOSAwards HAPPENED and we were broadcast on BBC Radio 2 and wowee what a dream 🎭 - - #theatre #awards #jumpsuit #ootd #thriftfinds #newlook #discoverunder1k
C-C-C'mon go go! Be More Chill was such a delightfully infectious and hilarious show! Do see it if you can, especially for the gorgeous projections and a fantastic, energetic cast! 💊 - - #bemorechill #bemorechillldn #theotherpalace #squipsquad #london #londontheatre #musical #ldntheatrebloggers #tonightsbill #discoverunder1k
would like the confidence of a casa amore girl walking into the villa stating that boys' heads will deffo turn for her but they don't and she gets dumped straight away with 2 minutes of air time
Went to Bristol yesterday to see Romantics Anonymous @bristololdvic1766 which was simply gorgeous 🥰 so were these lanterns 🏮 - - #bristol #romanticsanonymous #staycation #regionaltheatre #discoverunder1k
Wasn't a fan of my "top nine" so made my own personal one with the limited photos that I had! Getting the job at WhatsOnStage was obviously a highlight, 18yo me would be screaming at myself! Did some more travelling - some solo - and visited Sicily, Kent and Dublin. Took my sister to see Kinky Boots, saw Fleabag, started reading again and began a lil #bookstagram page, and of course had loads of fabulous times with friends 🥳 2020 is gonna be dead exciting: New York, Queen, more travelling and more writing! #GetBetterNotBitter 🥂
Shout out to all the wonderful independent shops and creators who I've bought gifts from this year- it's so important to support independent brands, and it's also great to give a loved one something original, like this Freddie Mercury card I got my brother to tell him I got his tickets to see Queen+ next year! 🎁 - - #christmas #etsy #independentartist #etsyshop #shopsmall #freddiemercury #personalised #original #discoverunder1k #christmastree #supportsmallbusiness #etsyseller #etsylove #lizharrydesign #freckleandspecs
I went to #FriendsFest - could it BE any more chaotic and disappointing? ☕ - - #friends #friendstv #centralperk #orangesofa #london #thingstodoinlondon #friendsfestive #blogger #bloggersofinstagram
Little Christmas tree snap from @sadlers_wells because I don't have one of my own! 🎄 Was lovely to be at the gala night of Matthew Bourne's The Red Shoes 👠 A beautiful ballet with gorgeous costumes and set, a short run time and and easy-to-follow plot with comedic moments makes it the perfect introduction to watching dance shows! 🎁 Thanks to @rawprtheatre for the tickets! - - #theredshoes #matthewbourne #newadventures #sadlerswells #christmas #ballet #galanight #ldntheatrebloggers #londontheatre #londonculture #igtheatre #london #tonightsbill #instatheatre #festive #christmastree #gifted
✨ Sparkle and Shine ✨ Spent last night at the opening night of Nativity! doing some red carpet coverage and seeing the likes of Michelle Visage and Sinitta up close. Not bad, hey! 🎄 - - #nativity #nativityuk #nativitymusical #danidyer #dannydyer #sharonosbourne #rylan #musical #eventimapollo #sparkleandshine #christmas #ukblogger #ldntheatrebloggers #musicaltheatre #tonightsbill
×
%d bloggers like this: