It was announced at the time of writing that Emma Rice will conclude her stint as Artistic Director of Shakespeare’s Globe in 2018, after only two seasons of residency. This may seem like an ordinary announcement in the theatre world, but this was one which shocked the majority of the theatre community, especially on Twitter, leading to outrage and protests for Rice to be reinstated. The Stage’s website crashed, and there was much talk about what the Globe theatre’s function is.

For reference, here is the statement which was released announcing Rice’s departure:

he Shakespeare Globe Trust Board together with Artistic Director, Emma Rice, have determined that the current nature of work, which has characterised the period since Emma assumed the position of Artistic Director in April 2016, will conclude in April 2018, when Emma will be leaving the Globe following its 2017/18 Winter Season.

“Emma’s mould-breaking work has brought our theatre new and diverse audiences, won huge creative and critical acclaim, and achieved exceptionally strong box office returns. In breaking the mould, this latest season has generated productive debate concerning the purpose and theatrical practice of the Globe, in relation to the use of sound and lighting technology within our theatre spaces. Following much deliberation and discussion, the Globe Board has concluded that from April 2018, the theatre programming should be structured around ‘shared light’ productions without designed sound and light rigging, which characterised a large body of The Globe’s work prior to Emma’s appointment.

The Globe was reconstructed as a radical experiment to explore the conditions within which Shakespeare and his contemporaries worked, and we believe this should continue to be the central tenet of our work. Whilst the realisation of Emma’s vision has been a vital part of our continuing experimentation as a theatre, we have now concluded that a predominant use of contemporary sound and lighting technology will not enable us to optimise further experimentation in our unique theatre spaces and the playing conditions which they offer.

As Emma has already so brilliantly and inventively demonstrated, the Globe remains committed to delighting audiences and engaging them in both Shakespeare’s work and the playhouse for which he wrote. We all look forward to Emma’s forthcoming visionary programmes, which are certain to thrill and surprise audiences, as they have to date.”

Upon appointing Rice as AD, the Globe stated they admired her “boldness” and “imagination”, seen in her work with company KneeHigh, and that these qualities are in line with the theatre’s ethos. The Globe knew what is was doing when it employed Rice, so naturally it must have wanted to adapt itself to fit in with the current climate of classical texts on the London stage being updated for the millennium. 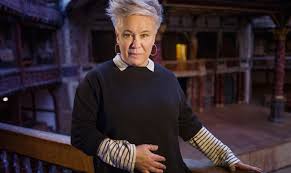 And bold is what she gave us. Rice experimented not only with technical aspects, such as bringing in lighting rigs, wires for actors to fly, and large globe-shaped balls hanging from the sky for Dream, but she also looked at casting and representation as a more subtle way to bring Shakespeare’s works up to date and for an audience in a city where there is so much variety.
This included establishing the gender balance, by giving male roles to females, which appeared to change nothing. She also looked at sexuality, regarding changing Helena to Helenus, which appeared to be the firm favourite casting decision by many. There were more actors of colour in casts, and productions moved setting or period, such as Dream being influenced by India, Shrew taking place in 1916 Ireland, and Imogeon (Cymbeline) reflecting the urban street culture many young people live in today. Audiences could see themselves in the characters, be it through gender, sexuality, or race. 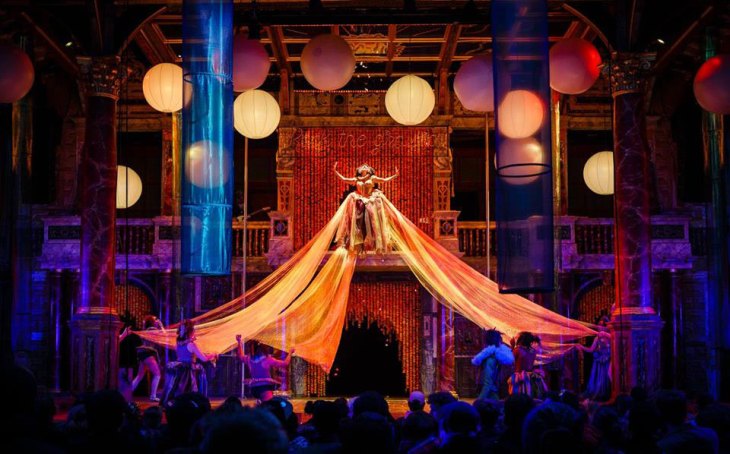 It was both an entertaining and intelligent decision: the shows not only impressed but when looking at theses decisions academically are a cause for much discussion and debate. Box office sales were reportedly “very strong”, and I believe all of the shows sold out. Rice’s vision enticed a brand new audience into the world of Shakespeare, dispelling myths that Shakespeare should only be associated with stuffy school rooms and men in tights. Instead, Shakespeare can be entertaining, funny, and represent all of us.
This was shown by the decision to live-stream Rice’s phenomenal Dream via the BBC – a further step forward in giving accessible Shakespeare to the masses.

Of course, though I have the utmost praise for Rice and all she has done for the theatre and wish she could stay, I feel I must also stay balanced. Rice’s work is something which can be done in many theatres across London and often is. Modern adaptations of Shakespeare can be found anywhere, but the Globe is where people go for the “authentic” (although of course, nobody contracts TB or is baited by a bear) Renaissance performances. The Globe is a space which is used for research and education, an academic resource which helps audiences, especially young people, see where these plays began, and how they would originally have been performed, in order to compare it to the myriad of multimedia extravaganzas that can be seen elsewhere. Additionally, in the current climate of theatre being about spectacle rather than words, the Globe has the opportunity of being different by presenting works in their original form, and letting words, rather than action, take pride of place.

But this view presents the Globe as a sort of museum, a word which has been thrown about over Twitter and in articles about this recent announcement. The Globe is a place of history, sure, just like a theatre, but it’s not just that. It’s a theatre. Theatres are made for creativity and experiments, which Rice has certainly done. It is definitely an interesting dynamic to see the traditional space in tandem with a very modern performance. Perhaps her exploration has gone a bit further than people feel comfortable with at this moment in time, but surely that’s not an awful thing? 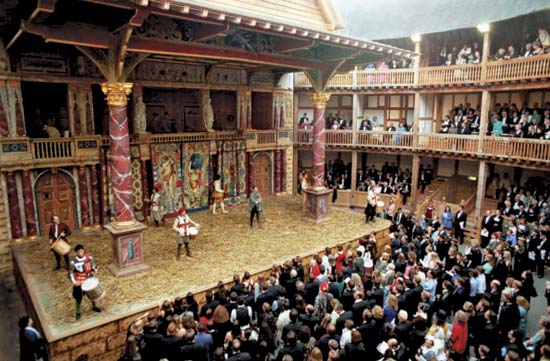 I respect the Globe’s decision, and also understand it, but I think it’s a shame to let such a creative talent and force go, especially one the Globe has reaped the rewards of. Perhaps the new season should be entitled “Balance”, and have a mixture of the two mediums – classical and modern – so that the Globe can be a place which loves and respects Shakespeare in whichever form it is in?

I am certainly excited to see what Rice’s second and final season, ‘Summer of Love’, will have in store for us all, and whether she will choose to conform or defy the norms.

What are your thoughts on Rice’s departure from the Globe? Do you agree? Is it about more than just upholding standards? Could it be about the fact she is a woman? How do you feel about this announcement coming on the same day as the announcement for the 2017 season? Let me know! 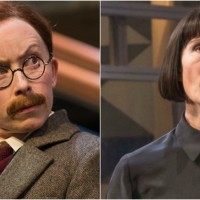 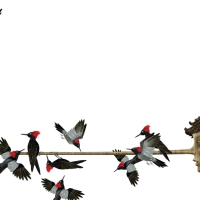 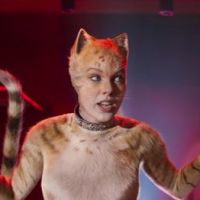