I’ve been meaning to write this review for over a week now, but due to uni beginning again and starting my new job (!!) I haven’t been able to get around to it. However, here it is (finally!)…

I know I always say that the name of an actor in a show shouldn’t pull you in, and it should be your interest in the show rather than a person. Well, I knew absolutely nothing about The Deep Blue Sea and I must confess I booked tickets on account that Helen McCrory was playing the lead role of Hester. However, I was not disappointed by what I saw. In fact, i think it’s nice to go in with no preconceptions about a show as it will always impress you and never disappoint.

Set in the ’50s over the course of one day, the play revolves around Hester Collyer, an almost-divorced artist who is devoted to her new love, Freddie. The play explores how love can affect us, and how toxic a relationship can be, even when it is good. Themes such as depression and suicide are explored, as well as social class and community.

What I like about the style of almost real-time play is that it all takes place in one location, meaning the set is exquisite. Though the play is set just in Hester’s flat, designer Tom Scutt created a set which also showed shadows of the other residents’ flats, as well as the stairs leading up and down from Hester’s flat. This created both a sense of community – knowing Hester is surrounded by many people who care about her – and a sense of darkness; we only see shadows of these people just in view of he audience moving slowly. The set was painted in many hues of blue, alluding the title of the show, and Hester’s feelings and depression being explained by feeling swallowed by the “deep blue sea”. This created a sense of entrapment.

The directing of the show is exquisite, and what makes it so wonderful is how naturalistic it is. There are no gimmicks or over-exaggerated characters. Instead, it is a masterclass is first rate acting. Sitting in the front row, I can feel every single emotion that is pouring out of McCrory and the cast, I felt captivated, even in the moments of silence with only Hester on stage. It was magical to watch and McCrory is simply stunning in this role. Tom Burke as Freddie, her love, was also wonderful to watch; you could see the pin he felt in leaving Hester but knew he had to to avoid any more damage, and Nick Fletcher as the wisdom fountain that is (Dr) Miller was also a stand-out playing equal measurements of both wise and funny, with his one-liners injecting some laughs into the performance.

Despite how long the play was (almost three hours), it wasn’t tedious to sit through. It is still captivating to watch people simply act without any big production numbers, scene changes, or jumps in time. It is refreshing to see something like this as theatre nowadays appears to be all about being fast-paced and eccentric (which of course is perfectly fine).
My only niggle was the sound design, which i understand was put in to help add to create a more brooding atmosphere, but to me seemed only fit for a film adaptation – the production would have worked well enough on its own. 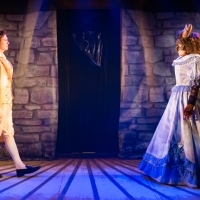